My Hero Academia is an excellent anime and it’s the best anime of spring 2016. The anime has an excellent cast of characters and it has a great story and the opening theme is extremely catchy and let’s not forget the excellent art this anime has. The anime is basically your typical shonen anime. I know it may sound boring, but this anime is very different compared to other shonen anime. The anime reminds me a lot of Naruto because the main characters Izuku Midoriya and Naruto Uzumaki have the same personality the “never give up” personality overall Izuku is an excellent character and I can’t wait to see him develop in the second season.

Like I said the anime has a fantastic cast of characters. There is Izuku Midoriya the main character who is quirkless, but soon gets a quirk from All Might , there is Katsuki Bakugou Izuku’s rival, there is All Might the strongest hero in the world, There is Uraraka Ochak0 and Tenya Iida Midoriya’s friends and finally there is the mysterious character Shota Todoroki. Those aren’t the only characters,of course, but the characters I mentioned are the most important characters in the show at the moment. Overall the anime has a brilliant cast of characters and I especially like Todoroki and Katsuki.

The music the anime is outstanding, especially the opening. The opening theme is brilliant and it’s definitely the best opening theme of spring 2016 and overall it’s one of the best anime opening’s of this year so far. The soundtrack overall is great, but some tracks can be very repetitive. When you get to episode 7 the soundtrack gets very repetitive. It’s not like the tracks playing were bad, it’s just the same tracks were used over and over again and that got annoying. Now let’s talk about the art in the anime. The art in the anime is terrific. Some of the best art of spring 2016 by far. The art is consistently good throughout the season and it never gets weak in any of the episodes. The artwork for Izuku is impressive. All of the characters in the anime have great designs. Overall the art in this anime is outstanding. The fights in the anime were pretty good, but they weren’t incredible the fights were rather lacking for a shonen anime. The fight with Izuku and Katsuki was terribly produced and I was really looking forward to that fight so yes I was disappointed with that fight. The fight did get better in the later episodes. The villains in the anime were incredible. I especially liked the character Tomura. Tomura had a deadly design and was probably the best designed character in the season. The last couple of episodes were perfect.

Overall, I enjoyed my Hero Academia. The anime was great, and it delivered. One thing it needs to improve is it’s fights. The fights weren’t great but the anime does enjoy a good cast of characters and an excellent opening. I highly recommend this Anime and if you’re looking for the next Naruto watch this. It will not disappoint you. 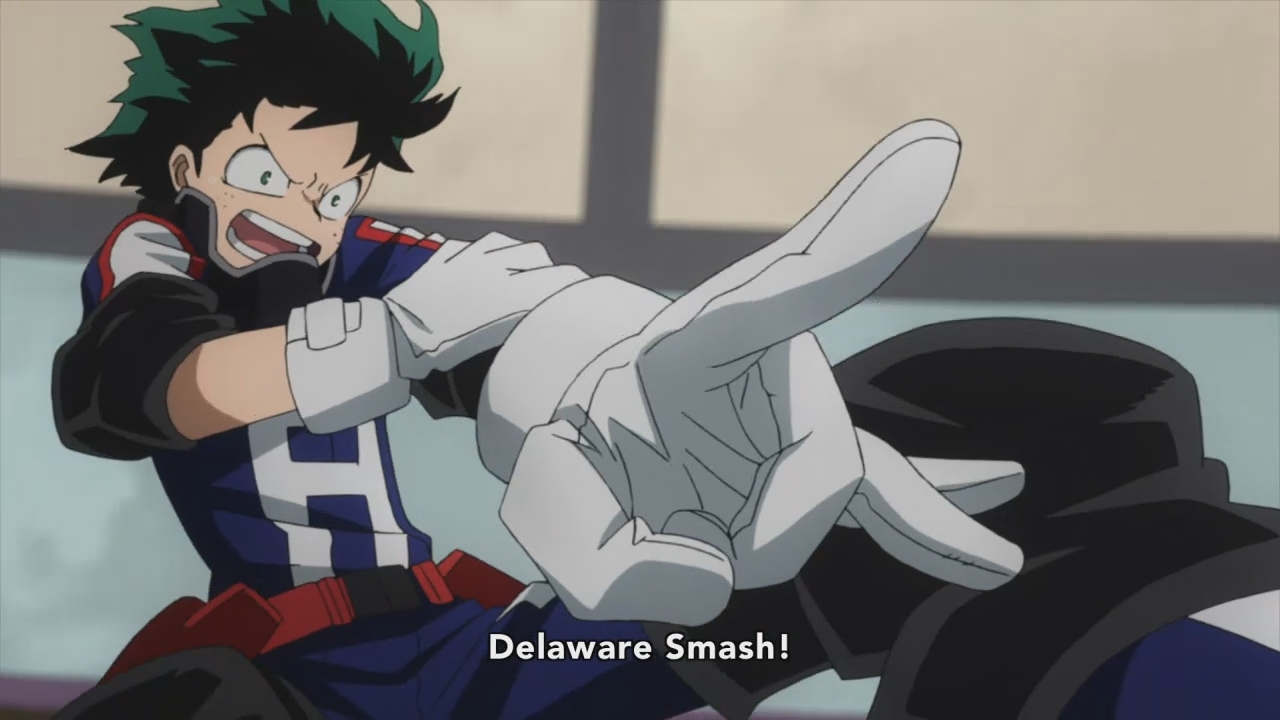 Verdict – 93% – My Hero Academia a magnificent anime. The anime has a fantastic cast of characters and it has a great story. The best anime of Spring 2016

2 thoughts on “My Hero Academia Review”